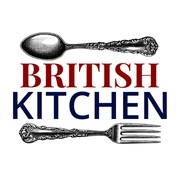 As one of the most influential food writers of the 20th century, Jane Grigson is the perfect inspiration for a British Kitchen supper club. She was a food columnist for the Observer from 1968-1990 and wrote a number of award winning cookbooks championing good food and cooking. The food of Jane Grigson Supper Club will draw inspiration from these books especially English Food for which she won the Cookery Writer of the Year award in 1977. Her food encapsulates all that is good about British food in the 70’s and 80’s well researched classic dishes and a smattering of continental flavour, expect a menu highlighting seasonal British produce, rich stews, comforting desserts and perhaps a tea-time treat or two.