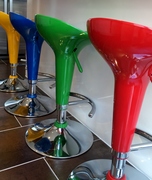 Well we are back home and all is looking good. We have decided to do four nights in September over two weekends this month as it has been over nine months since we did dinners in our own home and we have something rather different now. We have decided a simple choice set menu on each weekend that will give diners a chance to sample some of our favourite dishes. On September 19th and 20th the Menu will be as follows. Choice can be made on the night which is something new for us!

Coffee or Tea with Petit Fours