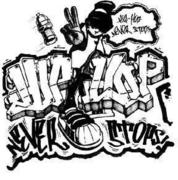 Building on our wildly popular Hip Hop Brunch series - we're taking it supper-side. We've got a sweet new converted pub / art gallery crib (EC1) and have partnered with some serious gourmet playas to bring you a gastronomic event like no other in the capital.

Expect a complimentary gin & juice on arrival, sit down three course dinner to blow your mind partnered with vintage 90s hip hop tunes, interactive entertainment and the opportunity to kick on and dance with a licensed bar until the wee hours.

On the food side of things we're collaborating with the amazingly talented Douglas Santi. The guy has cheffed in renowned three star michelain kitchens as has worked in and led kithcens all around the world including Brazil, France, U.S, UK and Italy bringing an amazingly varied set of influences into his food. We are humbled that Douglas is such a great fan and supperter of the supper club scene and is partnering with the Gourmet Lovers crew to bust out some seriously awesome food for this event.

Suggested dontation of £45 donation for an indulgent three course dinner. It's BYO wine but there is also a licensed cash bar available to keep you lubricated until 2am.

Kick off is at 7pm in a secret EC1 location. We will be staggering the table seating times in 30 min blocks to allow us to get everyone seated and happy and to keep the kitchen running smoothly and we'll be releasing tables in blocks over the coming two weeks.

So secure your ticket and get involved!

As mentioned above we are super excited to be collaborating with Douglas Santi on this event. Amongst many other things he has worked at the Alain Ducasse Louis XV in Monaco which holds 3 michelin stars.

Douglas has also lived and worked in New York and is excited about bringing some straight up and also surprising Hip Hop flavours to proceedings.
Current draft menu (may be refined closer to day) includes*:
> Lil' Wangz - amuse bouche of secretly-spiced fried chicken wings with wild garlic pesto
> De La Soul Food - authentic pork and prawn jambalaya new orleans style
> Moo Tang Clan - marinated spiced rib eye with chargrilled vegetables
> Ghetto-Soup-a-star - strawberry soup with cristal jelly
> Choc it like its hot - cheeky chocolately petit four to finish
* To all our wonderful veges and pesces - don't worry we love you too! We will provide kick ass vege alternatives inspired by each of these dishes. Just let us know when you book :)