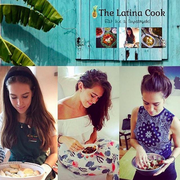 In honour of the RIO 2016 OLYMPICS this August, Battersea’s hit pizzeria, bar and karaoke venue Bunga Bunga will transform into London’s ultimate Brazilian hub, featuring an exclusive Olympic-themed pop-up upstairs in South American-inspired beach shack Cocobananas. The pop-up will include a Caipirinha bar, a dedicated Olympic-themed cocktail menu, POPS frozen Bellinis, a Brazilian-inspired food menu and Samba dancers, making it London’s top destination to watch all the action of the Olympic games in August.

Cocobananas will host an official Olympics opening ceremony party on Friday, 5th August as well as a closing ceremony on Sunday, 21st August with a Brazilian-inspired Supper club hosted by talented Natalie Salmon, The Latina Cook.

In the spirit of embracing all things Brazilian, Bunga Bunga’s head chef, Alexis de Naray and talented Natalie Salmon, the Latina Cook, have created a tantalising menu including colourful and exuberant dishes that will transport guests all the way to exotic Brazil. Guests can look forward to tucking into a hearty, yet healthful menu fit for an Olympic champion.

No Brazilian feast would be complete without dessert and guests can look forward to the most-loved Brazilian treat, Chocolate and Coconut Brigaderio, a creamy truffle delight; Sweet Pineapple Carpaccio; and unique homemade Avocado Ice Cream Gondolas.

Notes to the Editor:

Natalie Salmon is a native of South America and is half-Brazilian. She has created the wildly successful blog, The Latina Cook, to raise awareness about the health benefits of South-American and hispanic foods and to teach readers how to make healthy and easy Latin recipes using British ingredients. Being an expert in South-American cooking, regularly cooks for her friends and is now beginning to host Supper Clubs around London. Natalie is also in the process of writing her own Latina Cook cookbook, which will be released in 2017.

Head on over to Natalie’s blog: http://thelatinacook.com/