So my first BIG event ! 32 came to the Middle Eastern themed evening and I must say thank you for all who attended for making it such a fab night. We began with some rather wonderful music by the extremely talented musician Ed Bannard words do not describe his voice. We then swiftly moved on to the starter of rustic stone baked olive and fennel bread, with Lebanese style Baba Ghannouj, Labneh (Eastern European yoghurt dip) and Butter Bean Hummus. 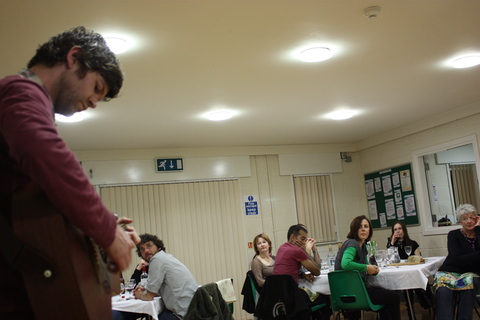 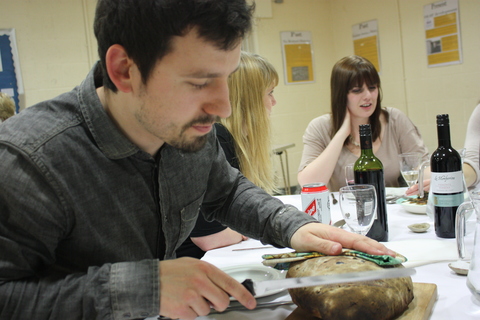 This was promptly followed by the main course of Lamb tagine for the meat eaters and for Veggies Butternut Squash tagine all served with lemon rice and roasted fennel. When that was polished off  Tracey McMaster performance artist did a stunning performance called “Wack it off!” which definitely stuck in the audiences’ memory; you got to love a bit of performance art to get people talking! 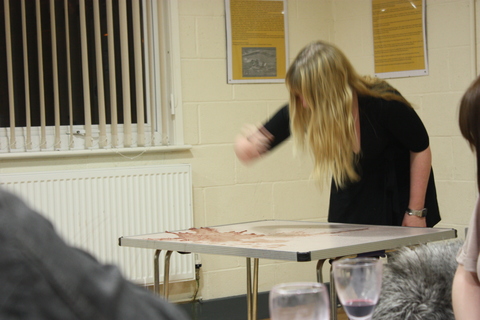 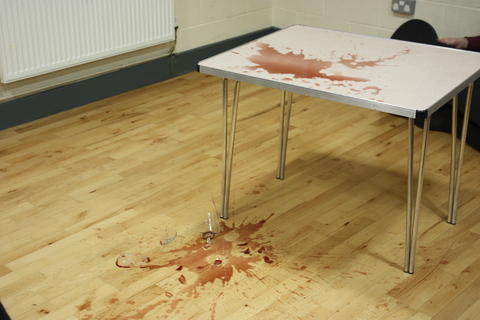 Finally my guests feasted on Clementine and chocolate syrup cake to a sound track of Ed Bannard. Once we had wiped the chocolate from our mouths with the Daisy Cope designer napkins it was almost time to go! Ladies just had enough time to peruse Penny Spreadbury’s jewellery.

On a finishing note I have to say thank you to the wonder woman Emily who I could not have done with out and all the performers especially “The Kitchen Crew” you know who you are! 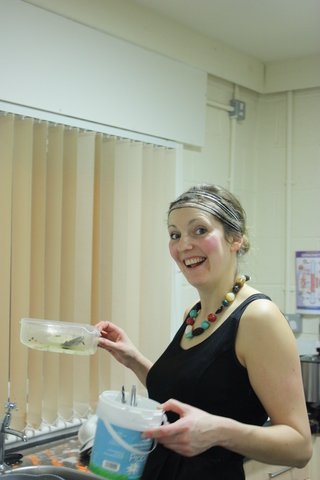 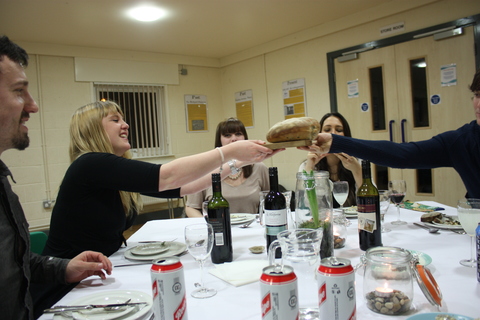