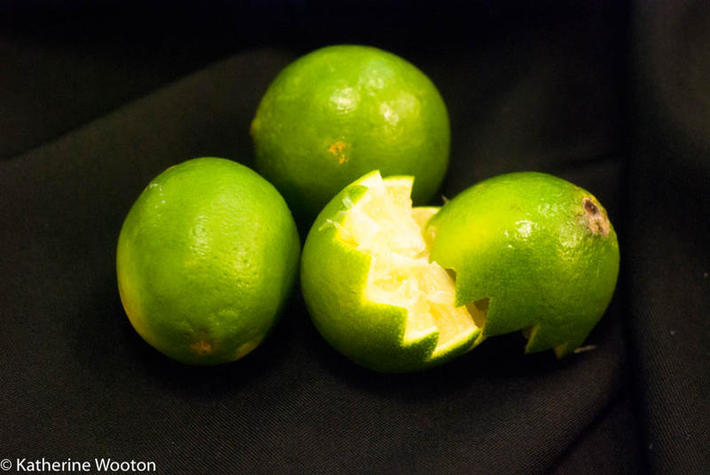 Have you read our Rules and Guidelines? http://supperclubfangroup.ning.com/page/rules-disclaimer
Yes

Charleston's newest underground experience created by Trini born Chef Renata Dos Santos.
Our emphasis will be on Slow Foods, Local, Sustainablity, Community and Family.
In keeping with that spirit, Culinary Institute of Charleston graduates and graduating students will be our feature chefs. On occasion we may team up with established chefs. These chefs will work with local farms and artisans to create one of a kind meals for you. Local musicians and artists also play a major role ensuring a "sweet" LIME.
A portion of the proceeds will benefit a charity of the C.I.C. chef's choice.
Locations will be revealed two days before the LIME via email to confirmed guests. All prices will include gratuity. In an effort to keep costs down, most LIMEs will be BYOB. We will offer a suggested wine pairing to our confirmed guests. Menus will vary between 5 and 7 courses and will be available to confirmed guests.

To Lime:
Trinidadian slang for a group of friends hanging out together. It can be large or small, pre-arranged or impromtu. It often involves food, and ALWAYS requires beverages (not necessarily alcoholic, but it certainly may). It is NEVER a hurried activity. It can occur on a beach, by a river, at someone's home, or on a street corner.

By now you may possibly be wondering what on Earth a small green citrus fruit has to do with a bunch of buddies hanging around. The Republic of Trinidad & Tobago was a British colony until 1962. Trinidad, since it is only 7 miles off the coast of Venezuela, had been originally colonized by Spain as a military outpost from which to launch expeditions for El Dorado. The Brits wrested it away from the Spaniards and, like so many other Caribbean islands, it was turned into a sugar producing colony peopled by African slaves and later by East Indian indentured servants. When the locals would go into the capital Port of Spain, they'd see British sailors all lollygagging about having a dandy time being unproductive with their mates in the tropical heat. Slang for the Brit sailors was "limey" (since they had to eat limes to prevent scurvy) and hence the Trini slang was coined by the locals watching the foreigners.

True to Trini character, they raised liming (along with calypso, steel pans, and various other things) to an art form and made it their own. It is not merely a slang term. It is an outlook on life that values good times with good friends and defines a significant part of the culture in Trinidad.