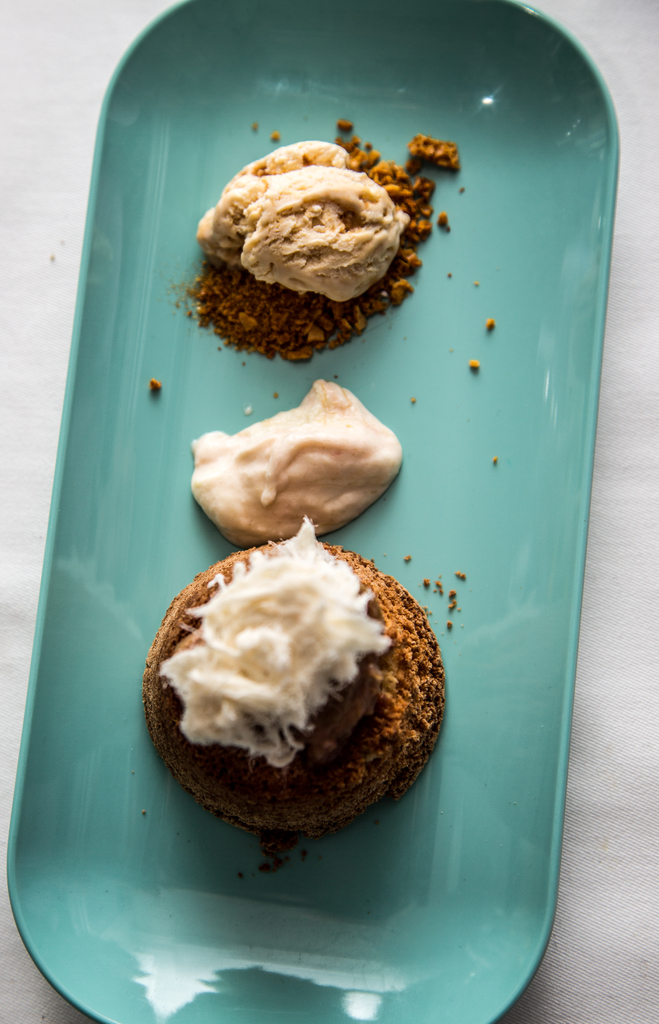 Ok, so the temps have dropped to 'standard' UK summer levels, but in case we're visited by the mercury agitator again, here's one of our most popular Scratch SupperClub desserts.

POP bubbling mix on to a greased tray

POUR the boiling syrup into the yolks

POP into icecream maker and fold crushed honeycomb through at the very end. Try not to scoff in single sitting.