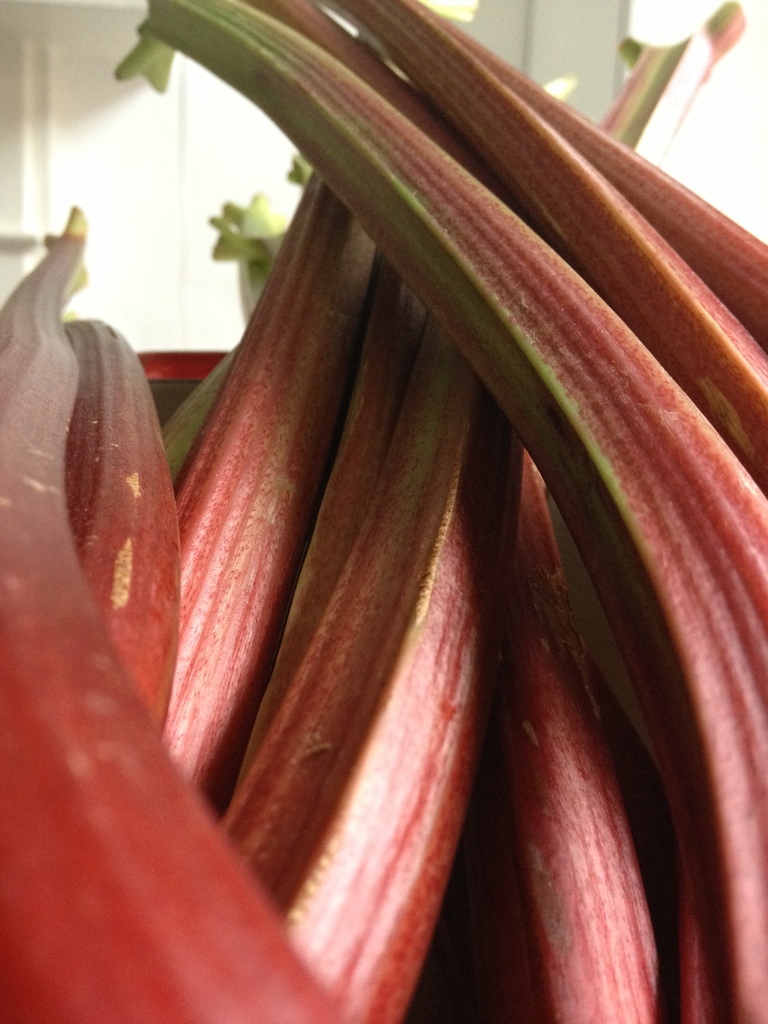 It's taken me a while to be friends with Rhubarb. She can be a slippery, surly thing. But I've learnt that with a bit of cajoling - a heavy-handed approach to sugar and the unexpected zing of ginger - that she can be rather wonderful. We featured her recently in our Seven Tastes of Summer menu and several people asked for the recipe for this dessert. So here it is. Well a bit of it.  It's a tad fiddly, so we'll do it in parts.  Here's the starter.  I'll publish the other components over the next few weeks, so do check back.

Now the trick here is to not add water or any liquid.  Wash and trim the rhubarb and toss it in a heavy bottomed pan with the sugar and grated ginger.  Pop it on low heat and put the lid on.  Stir it every now and then to make sure the sugar doesn't burn, but don't fiddle with it too much.  In all it will take about 10 mins til it's cooked but still retains it's shape.  If you're not fussed about holding the shape you can cook it for longer, but I quite like it to be a bit chunky.