Do you know where pizza came from?

At our next dinner we will be showing you how to make the ‘original’ pizza –aka Chinese stuffed pancakes!


The story goes that Marco Polo was so fond of these pancakes that when he went back to Italy he ordered his chefs to recreate them. However, they couldn’t figure out how to shape the dough with the stuffing inside – so what did they do?... they put it
on top!… A special message and menu from Kay - in German! 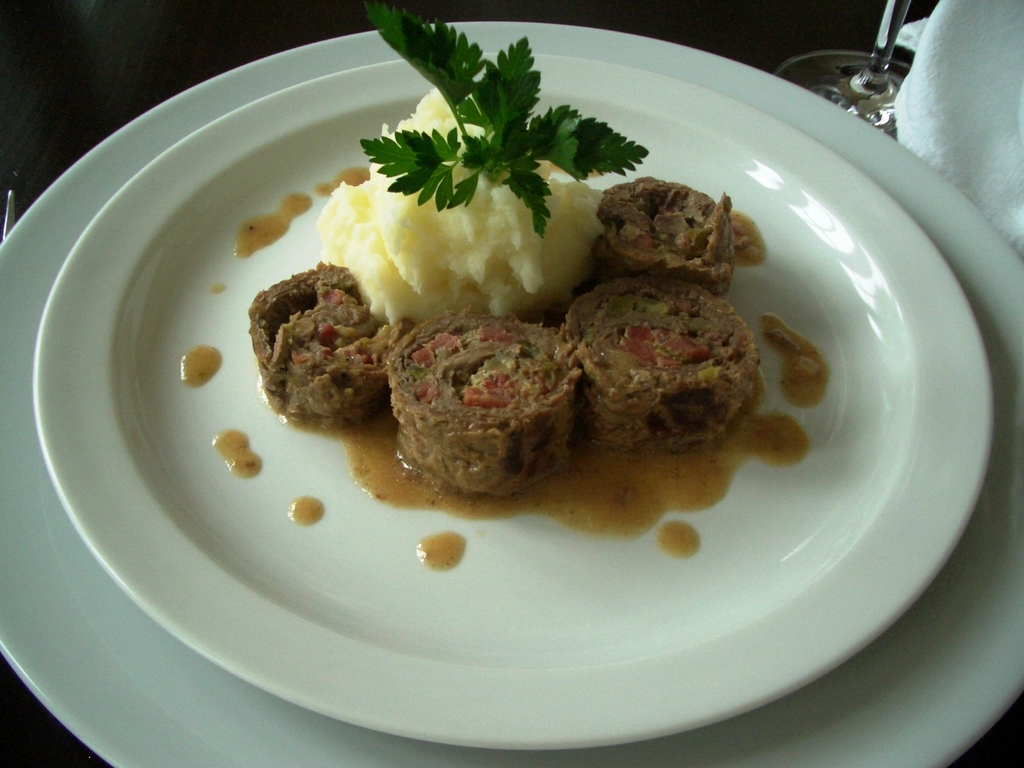 My new shop Earl Grey & Rose in Streatham Hill will be a Florist and Tea Shop. It will also sell my handmade jewellery, I have just finished my 2nd year at Art College.
The shop is being decorated in 50's style with an original English Rose Kitchen and
lots of lovely vintage china.
We plan to have top quality ingrdients
like lovely sourdough breads and home made cakes made in my Aga at home. We also aim to have a supperclub once a month when we are up…
Continue

Thank you Niamh for a great review!! Xx

What a great evening! Thank you to everyone that came to our Brazilian dinner on Saturday and for making it another special occasion. Also would like to thank Jay Scott for his beautiful, live guitar rendition of "Say Love" that he wrote especially for Clandestinos!

The Secret Chef had a GREAT opening night on the 20th August !

After a successful evening at our official launch on friday 20th, we are announcing due to popular demand, our next caribbean supperclub at.. (yes you guessed) a secret location somewhere in london.
Supperdate: Saturday 4th September
Time: 7.30pm.…
Continue


The project started out ago about a year back in our halls of residence. We are two students studying at Leeds uni who wanted to create something special. The first event was held in a tiny flat using three kitchens across campus due to them being so small.

People applied to us and told us why they wanted to come for dinner and we chose 6 people to come and eat three courses of culinary delights. The concept went amazingly well, the people who had never met before and got on… Continue

The Spice Club is based in a cosy Manchester home that once a month,
open its doors to ‘curry lovers’ and hungry, adventurous, mouths. At The
Spice Club, you will have the opportunity to enjoy home cooked
authentic Indian food prepared by my Mum and I, using fresh, locally
sourced ingredients. Each meal will include a welcome soft drink,
appetizer, main meal (consisting of 4-5 dishes accompanied with rice and
chappati), a dessert and chai. You are more than welcome… Continue I am always amazed how hot food can silence 16 talkative, jovial and passionate conversationists in mere seconds. Perhaps food is the great equalizer. Perhaps it is the key to that ubiquitous and intangible "world peace" idea. If it is, we are doing our part every week… Continue

Well ...... is now v. late as stopped off to have a drink and chat with friends & tell them about our wonderful day at Ms Marmitelovers Feast of Assumption - replete, satisfied, happy & relaxed after a wonderful, long afternoon of good food, good company & good fun.

Am now off to sink into… Continue

Just to let people know and put their minds at rest: I've just paid for continued membership so this very popular Ning group can continue! I also mention this group and the link every time I give an …

Just to let people know and put their minds at rest: I've just paid for continued membership so this very popular Ning group can continue! I also mention this group and the link every time I give an interview in the knowledge that I cannot cater for everyone and people from all over the world want to find out if there are supperclubs near them! If supperclub hosts are doing any press, obviously they want to promote their events but it would be great if you could also mention this group to… Continue

Check out the interview at http://ichweisswo.blogspot,com

And check out the promissing new Supperclub in Berlin!

Hope to go there myself in autumn....

After years of acting as unofficial resident cook for friends, family and friends of friends we have finally decided to go official as the Thyme Supper Club.

The reason? There are several.

Firstly, we have just moved to a new city where we know very few people. We'd love to make some new friends here and hope that people interested in attending a supper-club-style event are likely to be people with whom we have interests…

I'm going to be travelling in the US this month and wondered if anyone can recommend any supperclubs there - SF, LA, Atlanta? I'd love to visit the Tip Top in the Bay Area but can't find any info! Anyone know of a resource similar to this one for some of the US Cities? Thanks in advance!
Jill
www.cucinacinzia.com

Was anyone else lucky enough to get a reservation & attend the 'cup cake & boutique' party?

Thought it would be fun to find out if any of you were there!

Hey guys,
My name is Monica-just wondering if there are any fellow fans of Supperclubs based in the North? I will be starting a Secret Indian Supperclub very soon featuring home made authentic Indian dishes, in Manchester! All curry lovers welcome!! :D
If you're intestered, you can stay posted to my page here or my blog http://balleindianfood.com