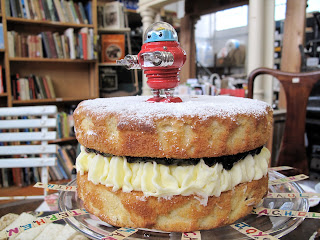 On 18th June - the day before Father's Day - Annie's Supperclub will be hosting a fund raising Garden Party for Coeliac UK.

Prior to that event, we are asking people to make a donation to Coeliac UK. Everyone who makes a donation will be entered into a prize draw to receive one of two great hampers filled with gluten free food and other goodies kindly donated by a number of…

All is well that ended well . Recovering after a great night of food, clinking glasses, candlelit tables and fabulous people.. 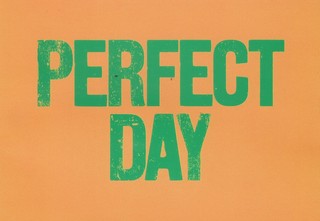 Wow, this is a first!

Two of our dinner guests arrive 45 mins late, didn't bring their own alcohol - but one of them quite happily drank the adjoining guests, ate our food and then STEF BROWN refused to pay! Classy!

2 dinner spaces available for this Saturday's Brazilian dinner due to a last minute cancellation. Drop me a line quick! Obrigado!

It is a beautiful day 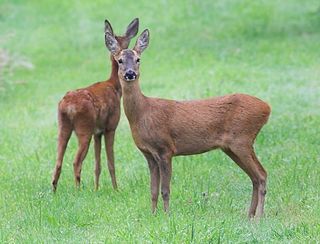 Now pastry and venison casserole to do. Saw four beautiful deer while up in the traquair hills running early this a.m. Couldn’t look them in the eye! Not a problem they sensed danger and scarpered. Utterly beautiful creatures. Sun shining here gorgeous. Breaks are nice. Down to just needing 13 soup bowls… 
A peek through the lowered rollgate revealed a narrow table of twenty that was nestled in between the towering wine shelves and the purposely dark hum of a refrigerator bank.…

All sold out for Sicily we are holding 2 spaces for possibles, but have now closed our books for this event. We are so looking forward to welcoming our guests to Eve's homeland and the music of her ancestor Adelina Patti. Everything has been sourced including Cornish Sardines (not the frozen Potugese version I was offered). Please remember everyone to bring a huge apetite and also your own booze (no corkage charged). " I met a lady in the meads

Her hair was long, her foot was light,

And her eyes were wild."

Any supper club hosts want to do a stall or a demo please get in touch. We will have a stall audition day on April 10th, more details to be announced.

There will also be a 'dragon's den' for food businesses...come and tout your business start up idea, your product.

I will also be signing and selling copies of my book Supper Club: recipes and notes from The Underground Restaurant. Tickets available here: …

Margot’s Kitchen Supper Club invites... Margot’s Kitchen is run by the Brazilian Naturopathic Nutritionist and cook Margot Caroni. Her aim is to serve nutritional and traditional foods cooked with organic and seasonal ingredients and mostly locally sourced. Margot is now starting the Supper Club project with the idea of inviting chefs or cooks who value and share her enthusiasm for the pleasure of culinary traditions.… 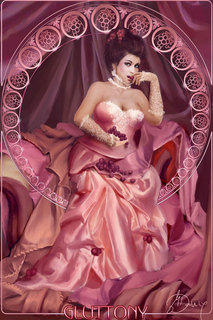 It will all be in the best possible taste. Eating at my events is compulsory.

Thanks very much to our guests from last Friday night for helping make the event so much fun.

Recipes for all dishes can be found by following the links from the menu page, here, and credit to our guest Kelsie for the beautiful photos of the food.

And as for the table art, well, what can we say? Not content with felt-tip pens,…

I am knackered tonight. I have just finished making Sweet Pastry, a Tart au Citron filling (more practising) and Raspberry Sauce (delicious) and wait for this,  I am happy with my Venison Casserole finally (a few kilos of Venison later )... just have to recreate it now and hope others feel the same. Completely and utterly sold out now . My hubbie had to yell stop, no more. As…

How do you have yours

2 places have come up for this Wednesday's supperclub due to a cancellation, who wants it? British menu, 5 courses £25 pp, for details see our latest event: http://supperclubfangroup.ning.com/events/British-tasting-menu