Just a few days left until the sumptuous Spanish Tapas this Saturday at the YO31 Secret Diners Club.
Nine courses of culinary heaven and my take on classic Spanish cuisine.

Making copius lists now: Menu, shopping list, order of prep... I need to get some sodium citrate, sodium alginate and calcium chloride for the 'spherication' of the melon balls. They're going to be suspended in a jambon consumme.

I've had a go at the beetroot jelly and it worked a treat! Tasted great…

We have a full house of lovely people for this Saturday's Scratch supper club. Still spots for 21st & 22nd Sept though. Book here: http://www.londonfromscratch.co.uk/book-here/ It's about this time I reveal a teaser of what you'll be having (or missing out on) at the YO31 Secret Diners club Spanish Tapas on Saturday 1st September.
Amongst the courses served will be:
Crisp deep fried squid with aioli
Braised chorizo with sweet sherry dressing and beetroot jelly.
Melon con jamon (an El Bulli recipe!)
More to follow later in the week.
Message me to book!

Scratch Supper Club will be feeding hungry mouths this wonderful treat at our next Supper Club on Sat Sept 1st. A few spots left if you fancy having some of your own. They come with a warm dark chocolate & popping candy sauce and homemade lavender icecream. The low-cal version of course. Bookings: http://www.londonfromscratch.co.uk/…

The next Secret Diners Club is on Saturday September 1st. The ideas for the Tapas are coming thick and fast. Just need a few more guests to sign up. I've been reading a lot from my (Liz's Xmas present) 'A day at El Bulli'. It's about the once greatest restaurant in the world and it's genius head chef - Ferran Adria. I have never been there, but was shocked to discover that I must have been in the area at some point in the past during a holiday to Costa Brava. El Bulli is situated at Roses,…

Please RT. Last spots for one of our Best. Scratch Supper Club 1/9.

What's in a name

For those who were wondering, here's what our very colourful guests ate on Saturday night.  Doing a similar menu for 1/9.  A couple of spots left.  Bookings Here… We have one last slot at our #supperclub on Sat 18/9. There are 1s & 2s coming, so you won't be with loads of couples. Otherwise more spots on Sat 1/9. Fab menu. Marylebone.

Suggestions for petit fours anyone? 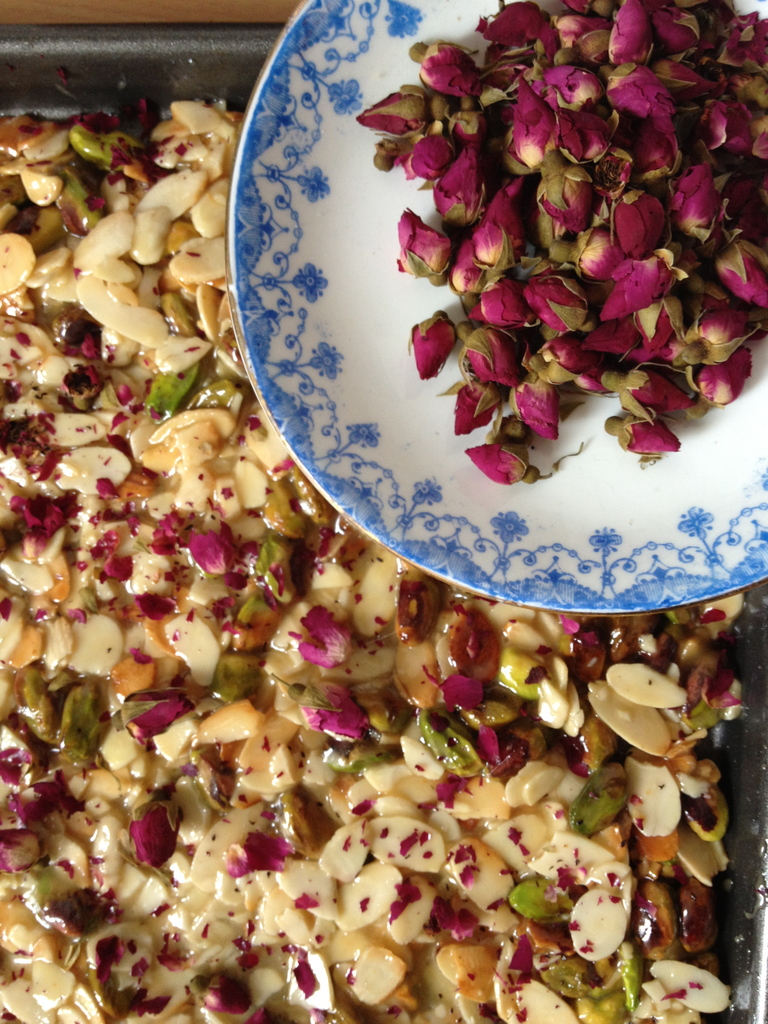 I've made a batch of pistachio, almond and rose petal brittle (pic below) and will do cassis truffles and macaroons, but I'm a bit stuck for a fourth petit.  Any supper club-ettes got a favourite and wouldn't mind parting with the recipe?

Last  night we held our second ‘swper’. Having already got one under our belt I was really keen to see how this second evening would go and what similarities or differences might pan out. So....

What was the same

The Guests  - Very fortunate to have great guests again!

The raucous laughter started at about 7.45pm and was still going…

One Spot left for 18/8 Scratch Supper

Nearly full as a goog for 18/8, so quick sticks if you're a solo and you've been pondering.  Or try us on Sat 1st September. 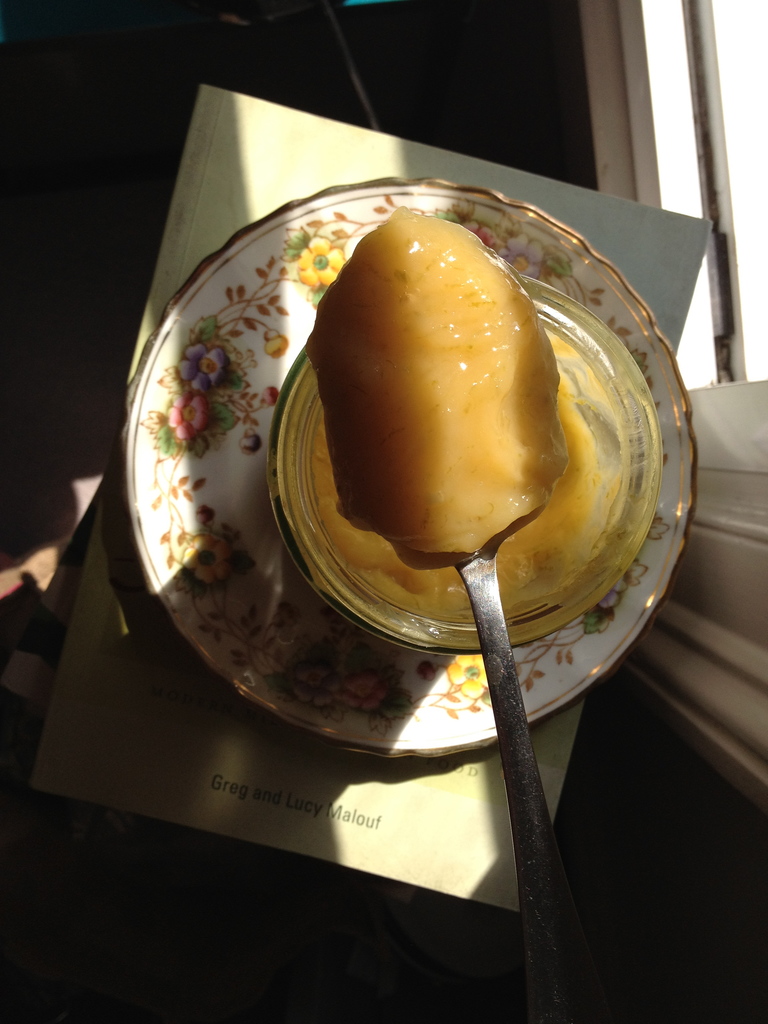 Just finished making a batch of lime curd for next week's Scratch Secret Supper. Hope I can hold off eating the vat of it til then. Early production might have been a mistake. Hmmm.

Anyway this is a great recipe so I thought I'd share...

Can't wait to start on our latest supper club - Spanish Tapas. It rates up there in my top 3 favourite cuisines of all time. I'll never forget the time Liz and I were holidaying in Malaga, about 19 years ago, when we ended up drinking with an old Malagan couple, and they invited us back to their apartment for food. I still don't know exactly what it was, but it was mostly garlic, and delicious!

Second round of dates released for Scratch Secret Suppers.  Come if you can! 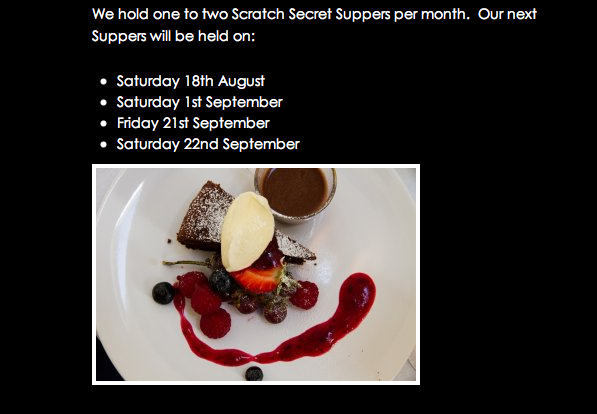 Firstly welcome to the new subscribers to our newsletter.

We have a few additions to the calendar for August:

Still spaces this Thursday at Ssshh come along to join in what sure is to be a great night, with fab food from our star chef Ross. Only £30 a head for a course meal inc t & coffee..Visit or website for pictures of our dining rooms, and for further information.

A Couple of Spots Left for Scratch Secret Supper 18/8

...email me or go to http://www.londonfromscratch.co.uk/book-here/